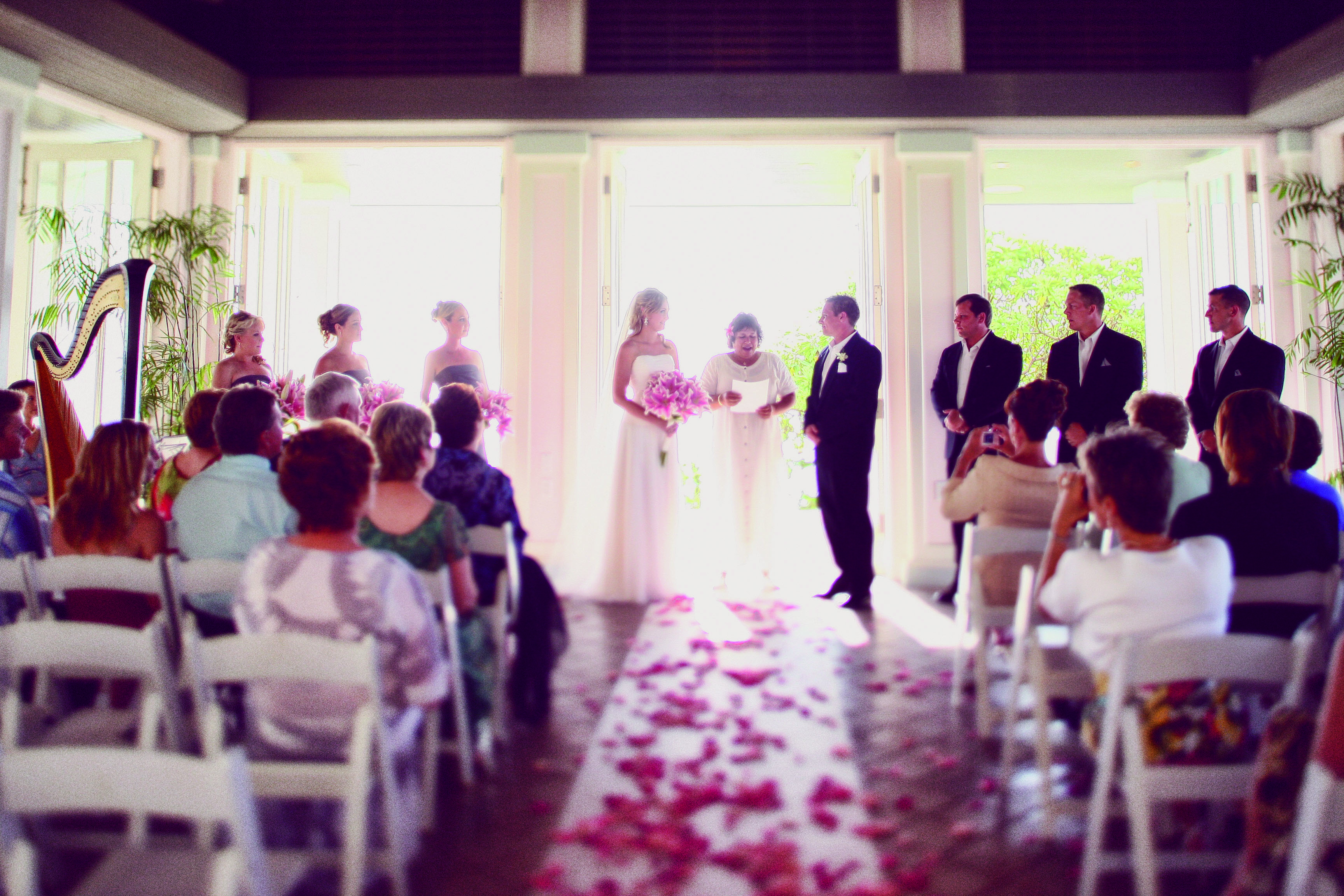 Helping an estimated 1200 couples tie the knot over a 15-year career, Brisbane-based celebrant, Beth O’Brien, says civil marriages are a good solution for contemporary couples.“There has been a move away from people having church weddings as individuals search for a middle ground,” she says.“Families still believe in a spiritual being but people don’t feel that it is necessary to be married in a church,” Beth says.

Tony Gelme, a Melbourne celebrant who has presided over some 1500 weddings, says religious beliefs can, and often, still feature in civil marriages. Couples, under the guidance of an experienced celebrant, can integrate various religious and cultural beliefs into their marriage ceremonies.“Brides and grooms can choose, if they wish, to include traditions and rituals from their beliefs such as Orthodox crowns, Jewish Chuppah and glass breaking, wine ceremonies and others specific to their culture, be it Hindu, Buddhist, Muslim or whatever it may be,” he says.

So, how do you find a civil celebrant that suits your personality and the type of ceremony you plan to have?

To avoid any last-minute stress, start looking for a celebrant in the early stages of planning for a wedding, and think about the type of involvement you would like them to have.

Many civil celebrants will do a first meeting with prospective couples obligation and fee-free, allowing you to shop around and judge personal appearance, communication skills and differences in service approach. But don’t underestimate personal networks or old fashioned word-of-mouth.

Once found, a good civil celebrant will direct you on how best to conduct a marriage ceremony and help choose readings and music, provide guidance on writing vows and, where appropriate, advice on how to integrate religious customs or beliefs. The celebrant’s level of involvement is steered by the bride and groom and will vary depending on how well the prospective couple understands what they want from their ceremony and how motivated they are to be part of the decision-making process. In essence, the preparation and execution of a civil marriage ceremony is a celebrant’s responsibility but couples often confuse their role with other wedding professionals.