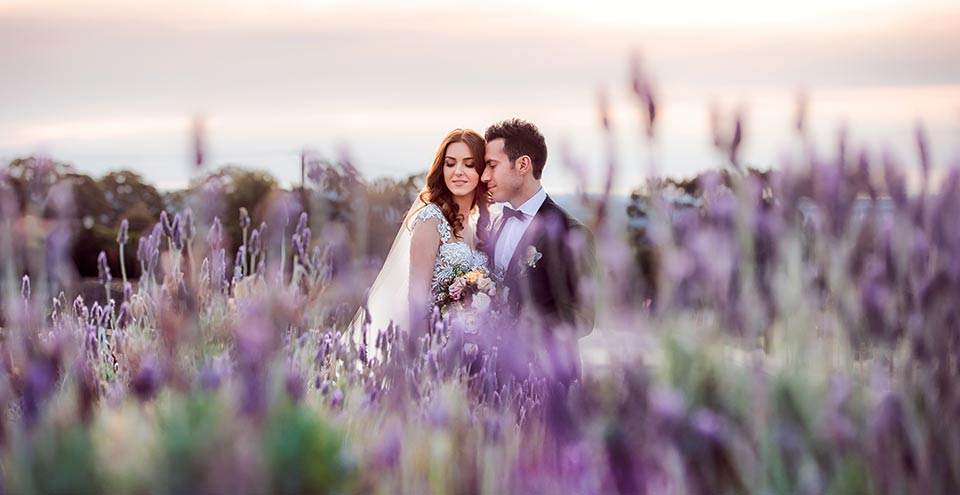 B Captured by Ky Luu
Think a ski trip to New Zealand and a private helicopter flight...
Rocco had hired the helicopter so he and Martine could see the sights of Queenstown from above. "We landed on a small patch of land surrounded by snow-capped mountains and a crystal-clear lake, which was very reminiscent of Lord of the Rings," remembers the bride. Martine says she was completely oblivious to what was about to happen, even after Rocco had taken her hand and said how much he loved her. "He then got down on one knee, pulled the ring out of his pocket and asked the magic question."

Martine says she enjoyed the entire planning process. "The only really challenging aspect was choosing and sticking to a date. We changed our date about three times before officially setting it," she shares. "We did have a couple of bookings cancel on us, however I tried to not let that affect me and got on with picking other companies. I didn't want to be a bridezilla!"

With a group of florists, bakers and DIYers at their fingertips, this couple didn't have to go far for their on-point styling. "We're very lucky to have many talented people in our families who contributed their talents to our wedding," explains Martine. "Having their helping hands played a part in keeping our costs down too." So who did what? The bride's mother looked after the blooms for the bridesmaids and reception, and Rocco's aunt was charged with the flowers for the church. The groom's father built the platform for the couple's suspended cake and his mother made both cakes, as well as the homemade limoncello that doubled as bomboniere. 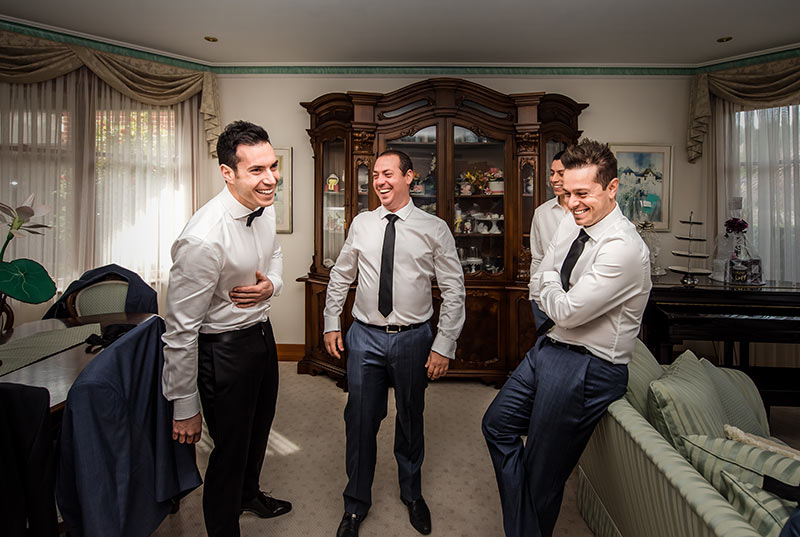 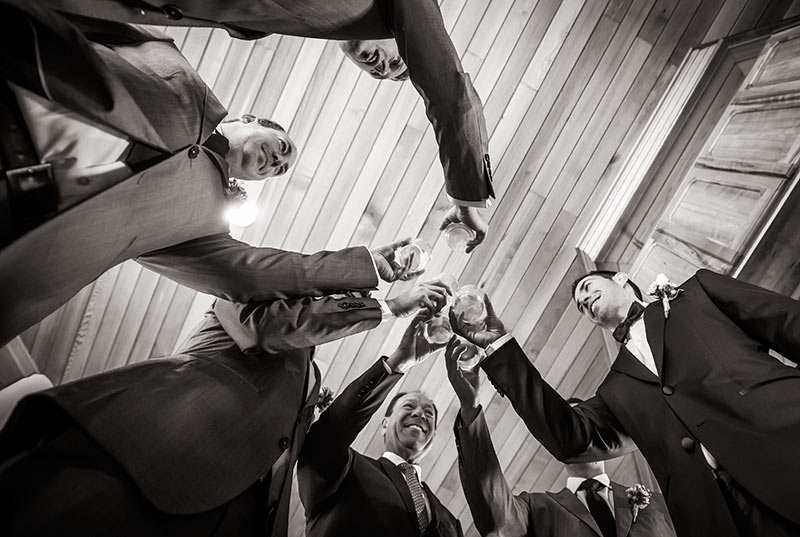 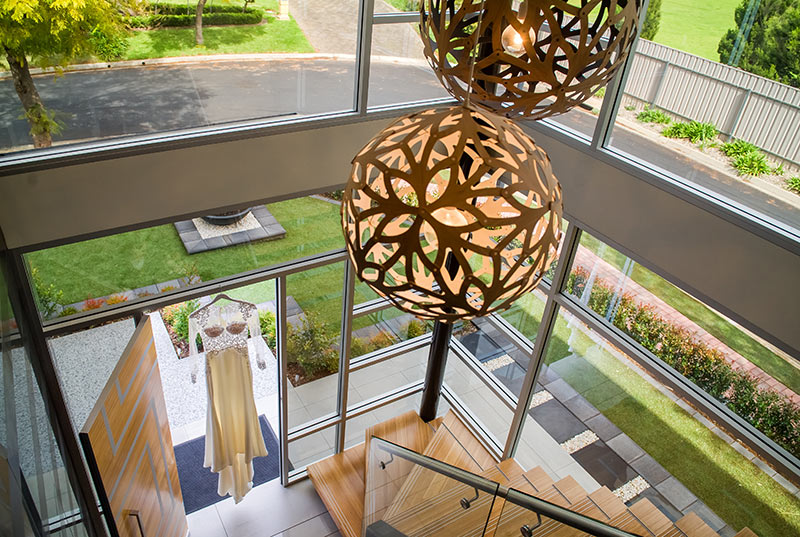 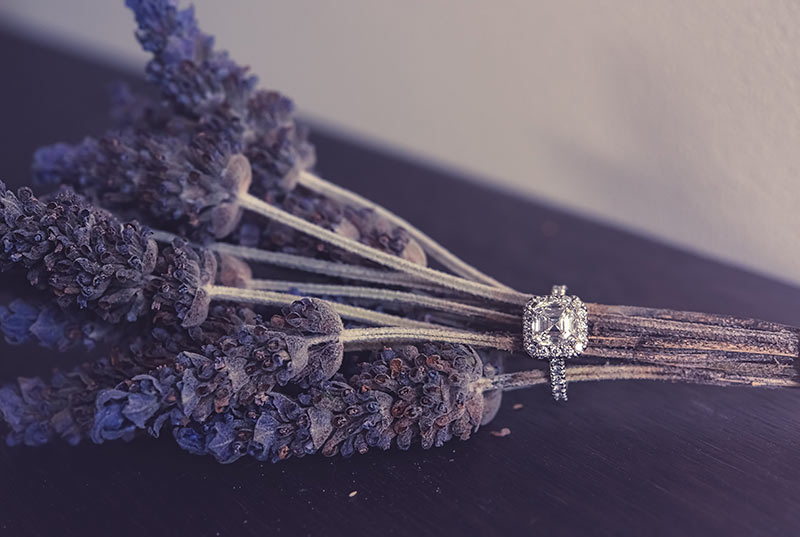 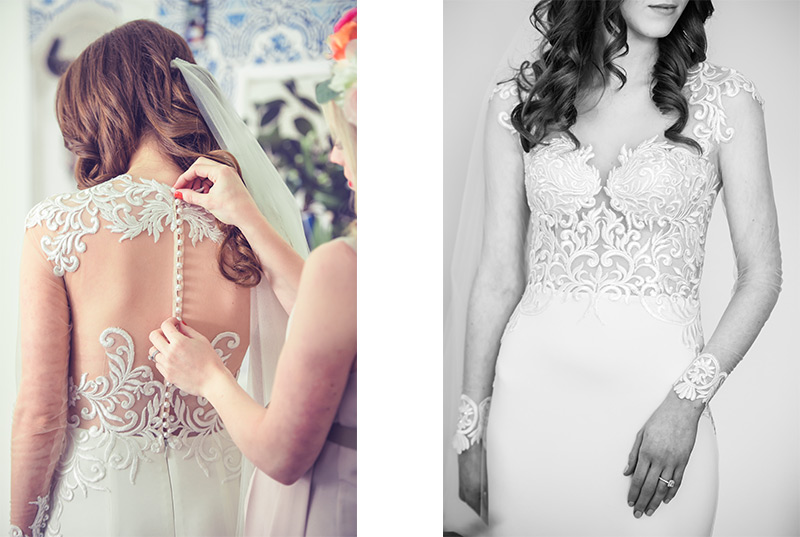 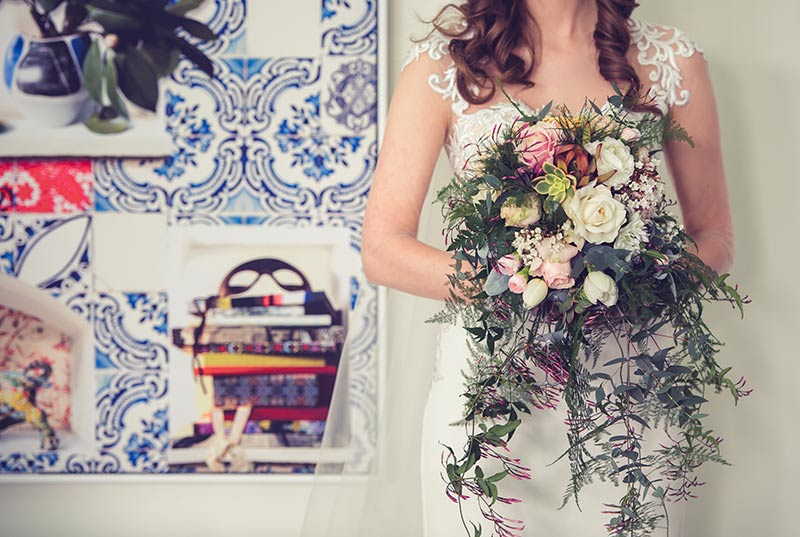 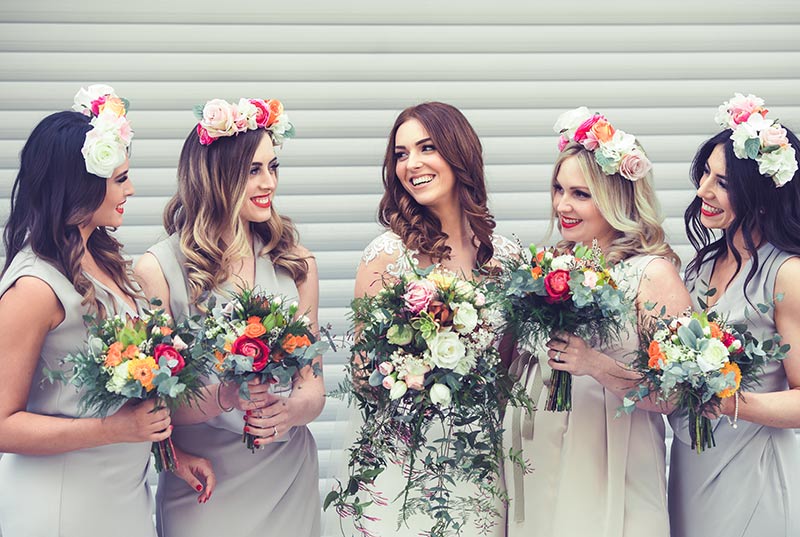 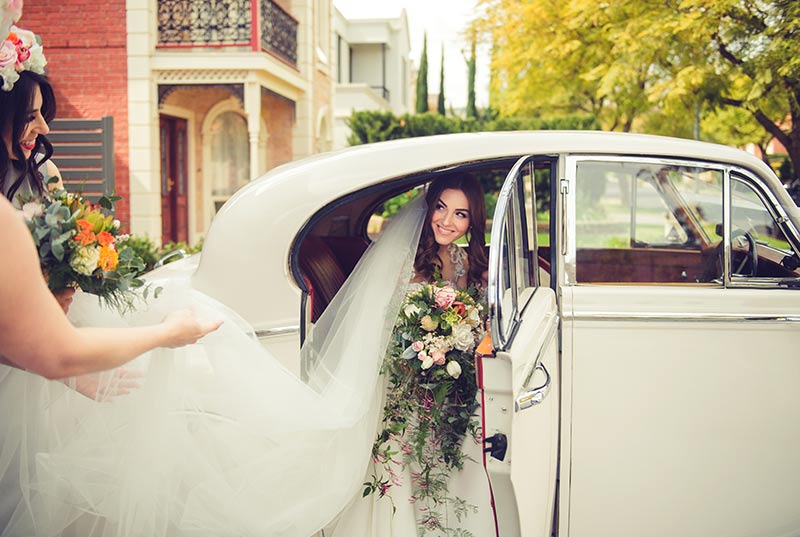 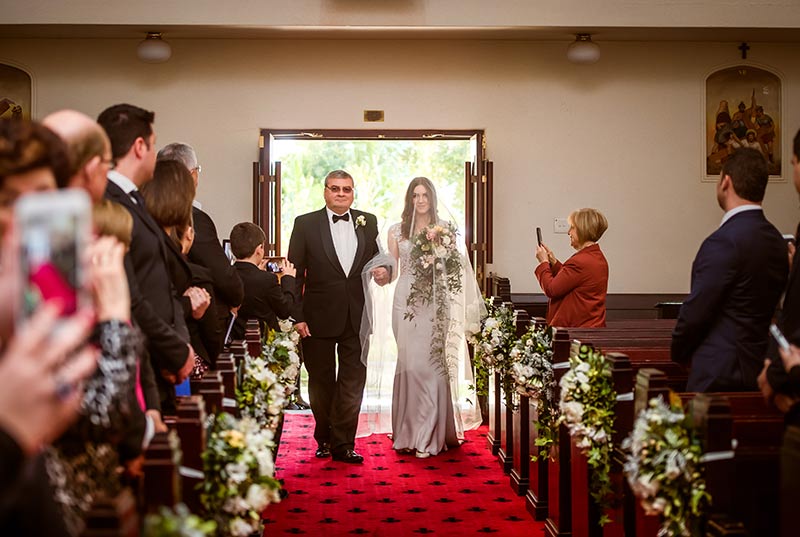 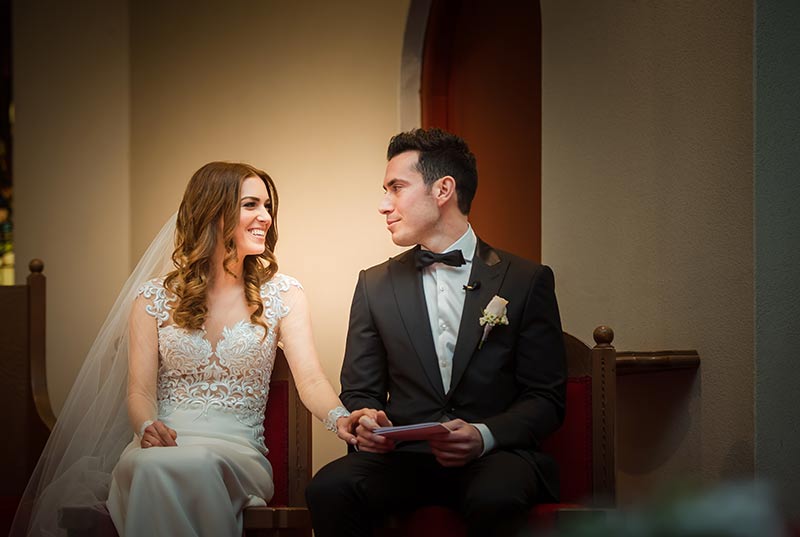 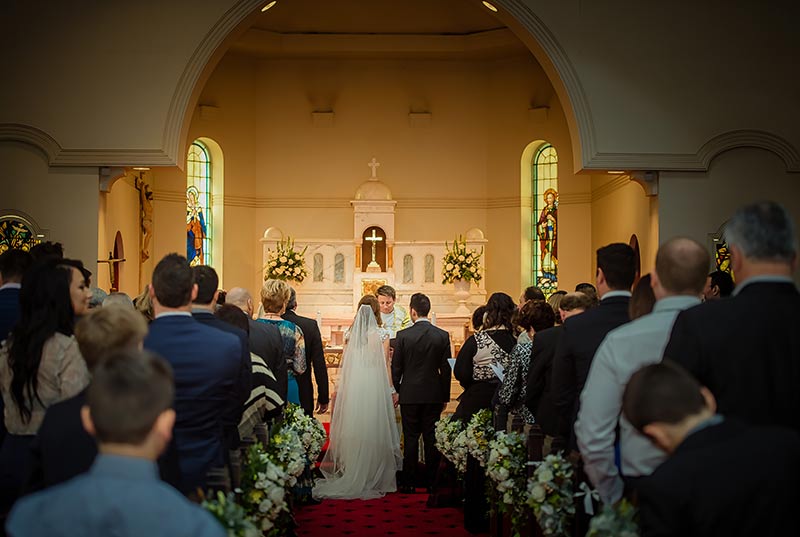 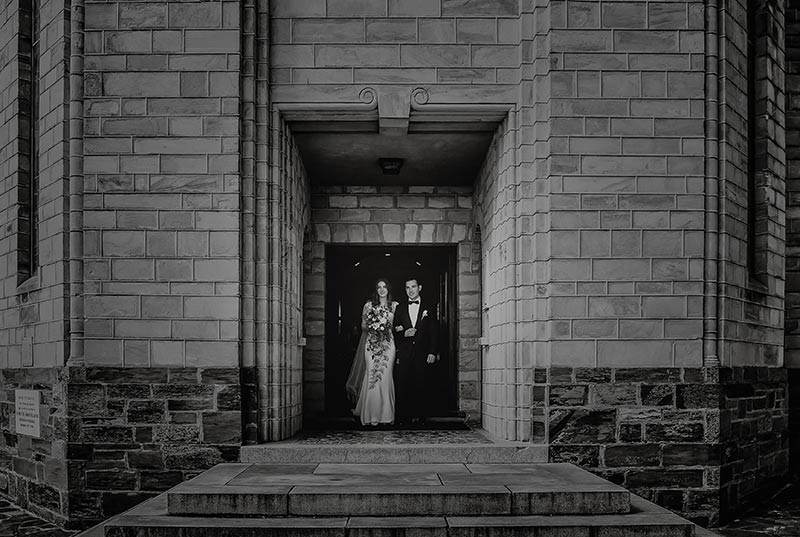 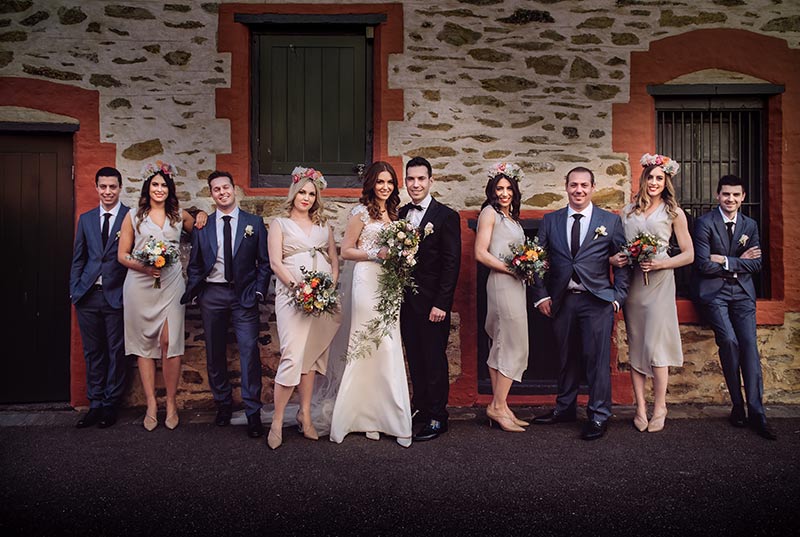 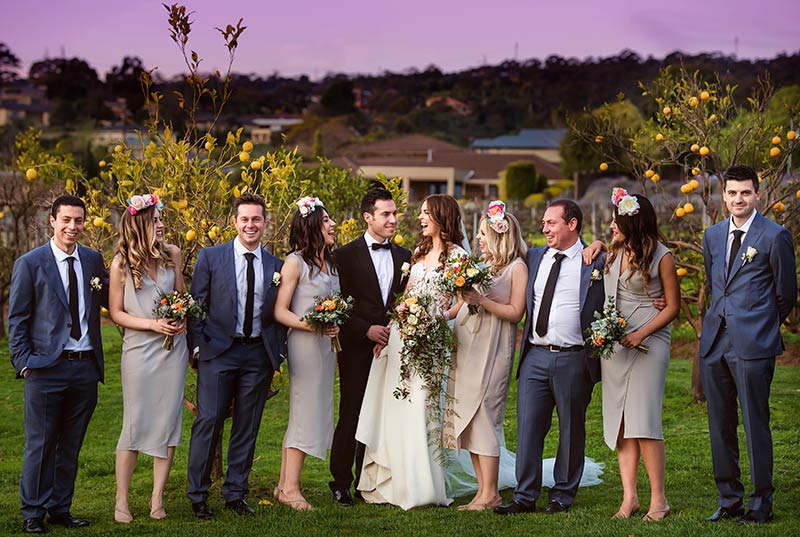 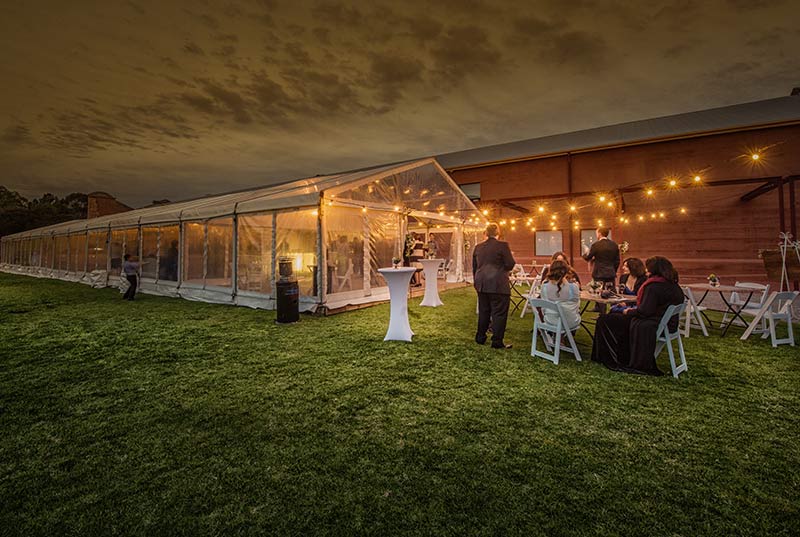 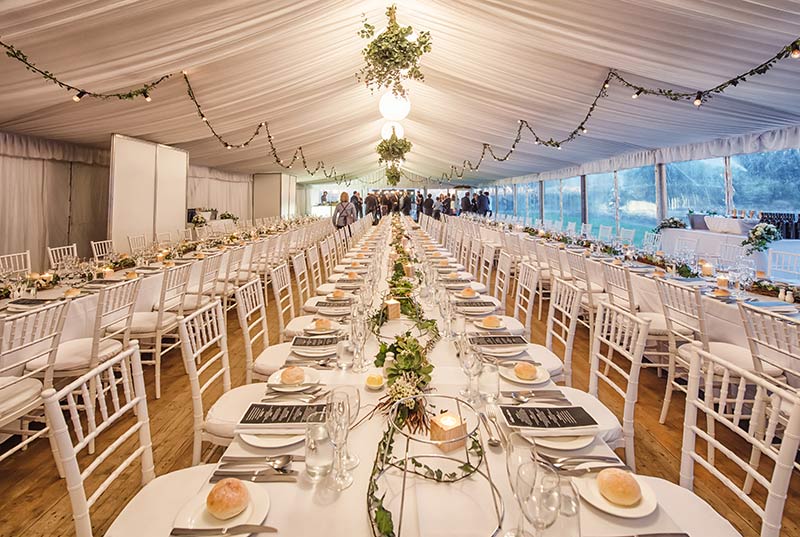 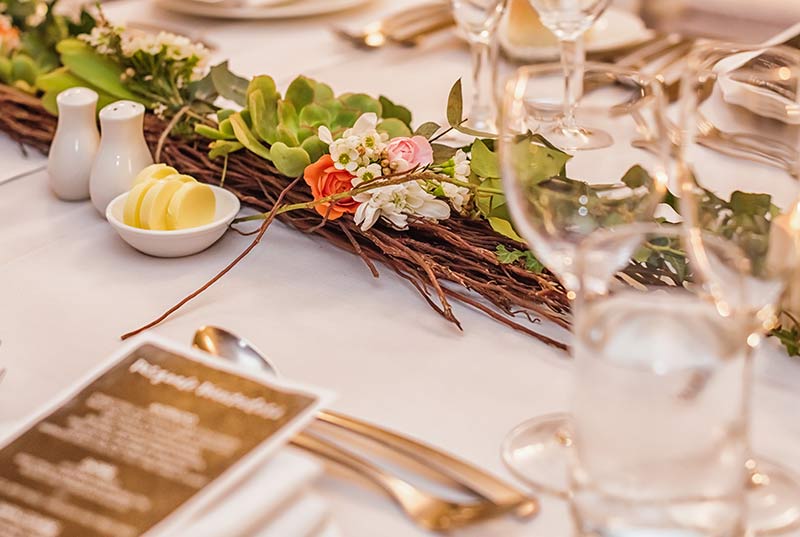 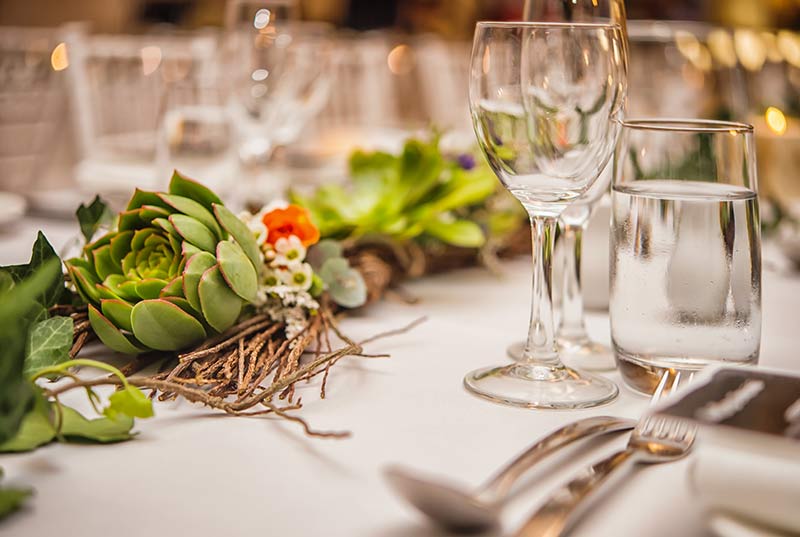 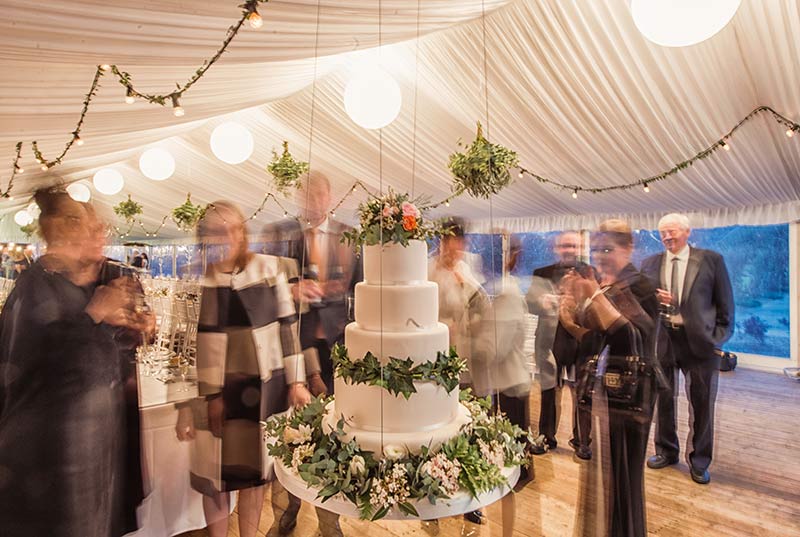 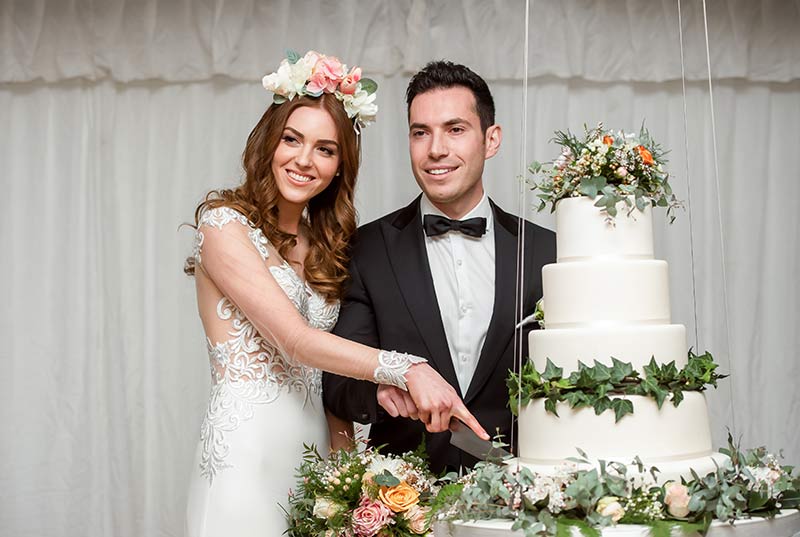 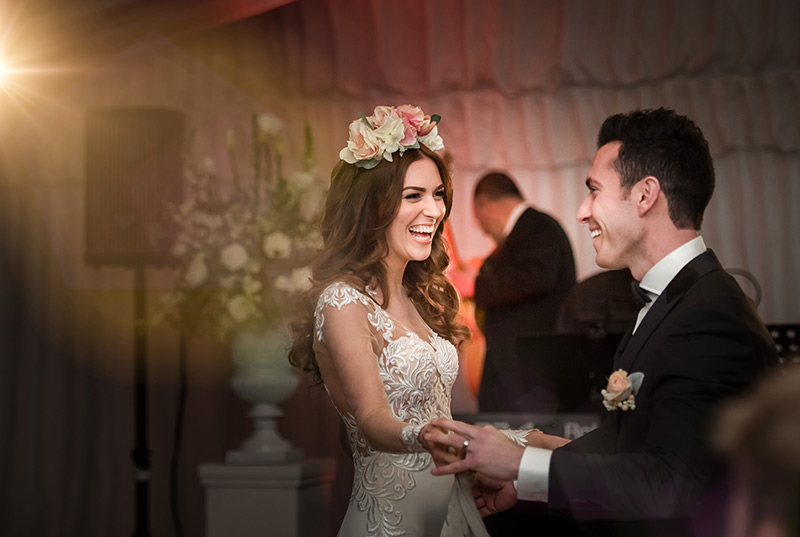