Find what you need using the drop down menus, or search. And when you find what you need (you will) you can click the star and save to favourites. Plus, we'll send the cream of the crop straight to your inbox. Awesome.
Nice one. You're all done.
By Lisa O'Brien DateWednesday, June 12, 2019 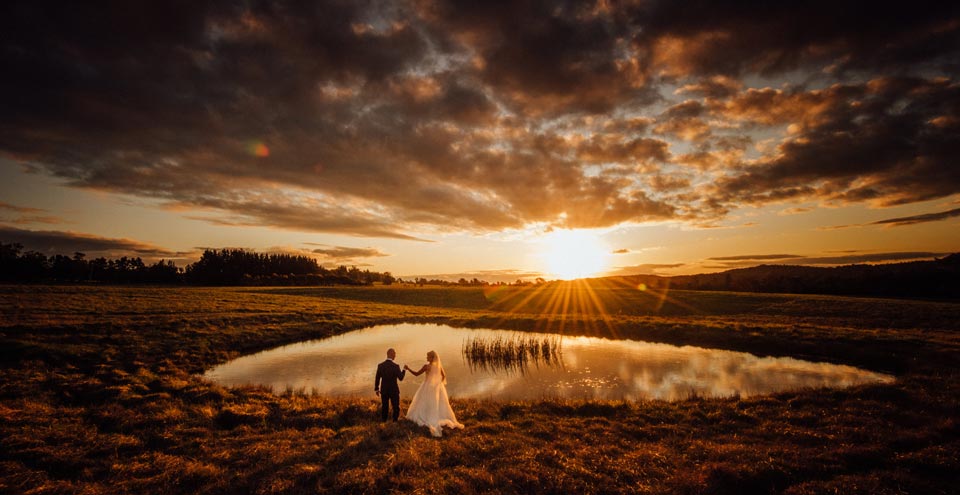 James Day Photography
For Sydney couple Nadina and Rocco, things have a habit of falling neatly into place...
"We met on eHarmony in 2013," explains Nadina. "And it was love at first sight, seriously! We had the most amazing first date, and I even met his parents the next day. From then, we've been inseparable." One year later came the romantic proposal in Paris (complete with photos in Place du Trocadéro and dinner at Le Jules Verne on the second floor of the Eiffel Tower) and a year after that came their big day, a rustic-themed celebration at Bendooley Estate in the NSW Southern Highlands.

When it came to the planning, Nadina handled most of it herself. "Being one of the most significant events in your life, you want it to be exceptional," she says. "It was a very time-consuming process, but once you do your research, refine and then know what you want, it all falls into place. I spent many hours making sure everything was organised and prepared, so that we and our guests could have a magical day."

The magical day started with a garden ceremony on the grounds of the estate, where they released white doves and incorporated a special memento to remember Nadina's father, who had passed away unexpectedly a few months before the wedding. "We wanted to do something special in Dad's honour," says Nadina. "He grew the most beautiful white roses in his garden, so we placed a white rose on the signing table."

After the 'I do's, the couple celebrated with their family and friends in Bendooley's picturesque Book Barn. But before the three-course sit-down dinner, there was one tradition to get out of the way - the first dance, which dance teacher Nadina had choreographed in their living room. "Rocco seriously has two left feet, but I was amazed at how well he learned the choreography," she says. "He attempted everything I asked him to do, and he looked like a dancer on the night. Everyone was stunned by what we did!"

By Lisa O'Brien
Lisa is the editor of Bride and has been trying to compile her ultimate wedding playlist since she was 13. She is on the dance floor within 3.5 seconds whenever "Crazy in Love" comes on at a reception.
Other articles you might like
Most popular on bride
01. The wedding rules you CAN break
02. The 6 questions about wedding etiquette every bride wants answered
03. Wedding night confessions: we asked, married couples told.
04. 11 exclusive-hire venues to make your wedding #superfancy
05. 12 essential 'accessories' for the best hen's night ever
06. 4 desserts for couples who aren't into wedding cake
Are you looking for wedding inspiration?
Twitter
All the wedding news (and goss) you need. Breaking.
Follow us
Facebook
Let's make it Facebook official.
Like us
Pinterest
"I don't have a wedding board on Pinterest", said no bride ever.
Start pinning
Google +
Let Bride be your plus one!
Follow us
Instagram
All of the #dreamwedding photos in one place.
Follow us
Wake up to dream weddings with our newsletter