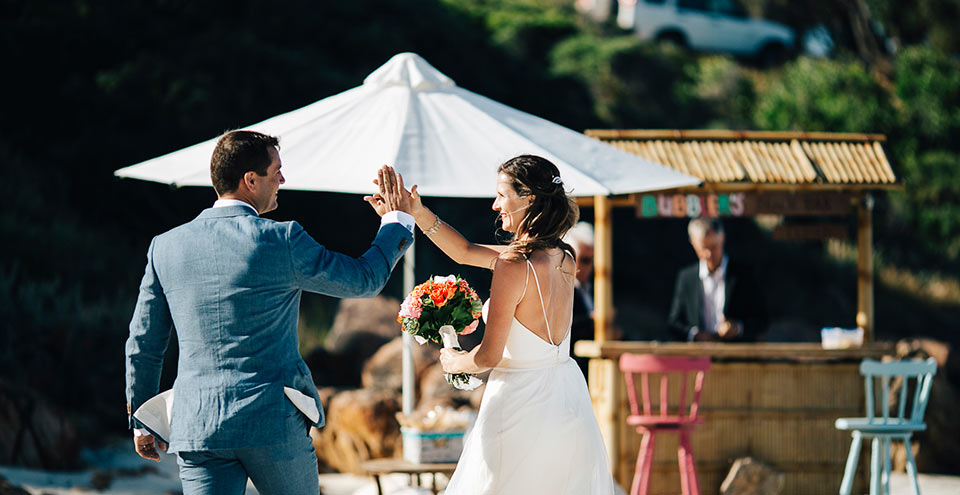 White Tulip Photography
When a bride describes her wedding’s theme as Mexican, colourful, fun, unconventional and with no rules, you know these nuptials have to be all kinds of amazing.
To nail the theme, Nicole got her grandmothers on board. “They played their part by cutting, joining and edging 80 metres of table runners with fabrics we’d chosen. They loved being a part of it and have much better attention to detail than our generation!” The couple painted 11 secondhand chairs they’d found on Gumtree, which were dotted around the bridal table. For the centrepieces at the sit-down reception at Eagle Bay Brewery near Dunsborough, Nicole roped in her mother and aunt. “They spent the whole year growing and propagating succulents at my aunt's – her house was quickly referred to as ‘the nursery’,” says Nicole. “They would take clippings from unaware neighbours and the roadside, and had all their friends growing plants they would eventually have to surrender to the wedding.”

The bomboniere were non-traditional again. Nicole collected hundreds of brightly coloured cloth napkins from stores around America – where she and Ben were living – to take back home to Western Australia. “I ended up with half a suitcase full of napkins!” the bride says. “Each guest's place card was wrapped around a napkin and had a small note saying it was our gift to them. I did see some cousins wearing them as tea cosy style headwear, but as long as they were enjoying them that was the main part.” 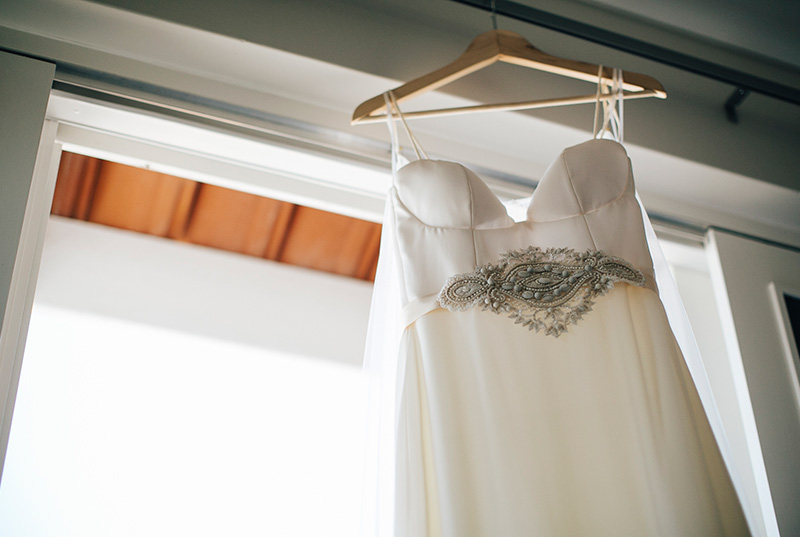 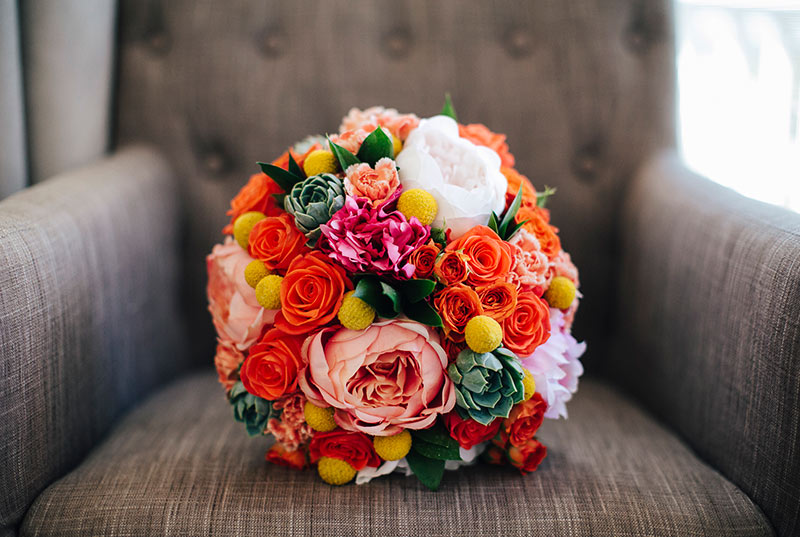 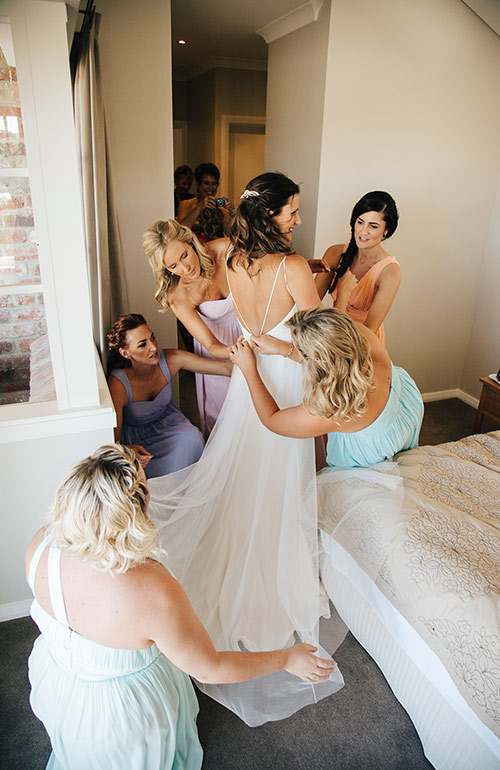 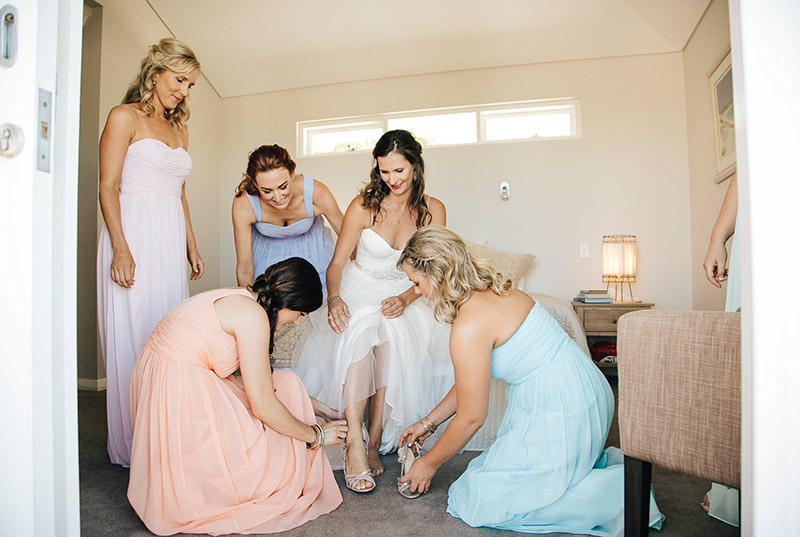 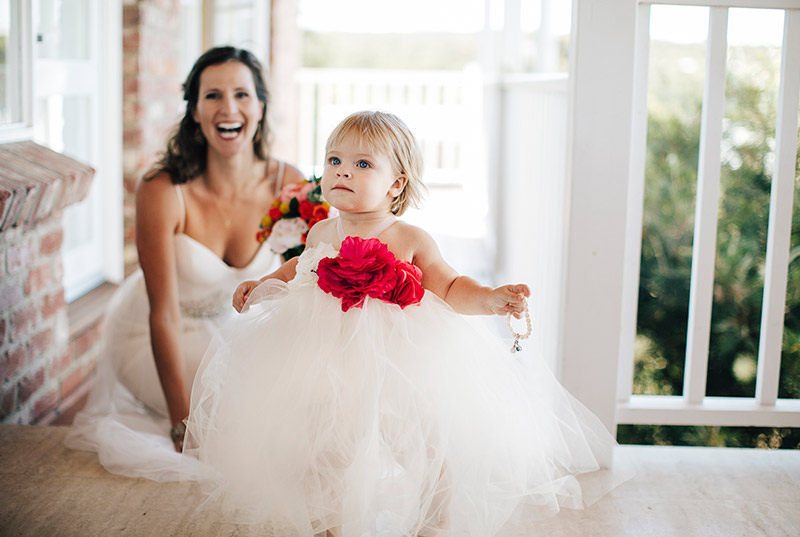 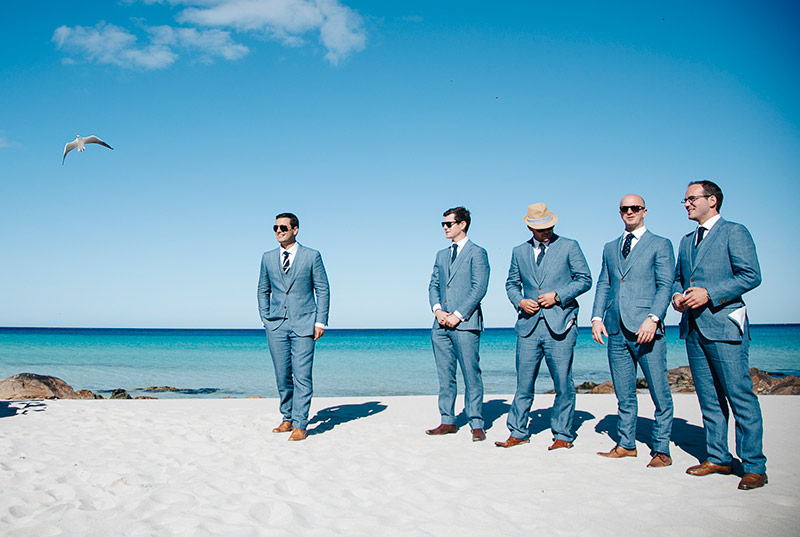 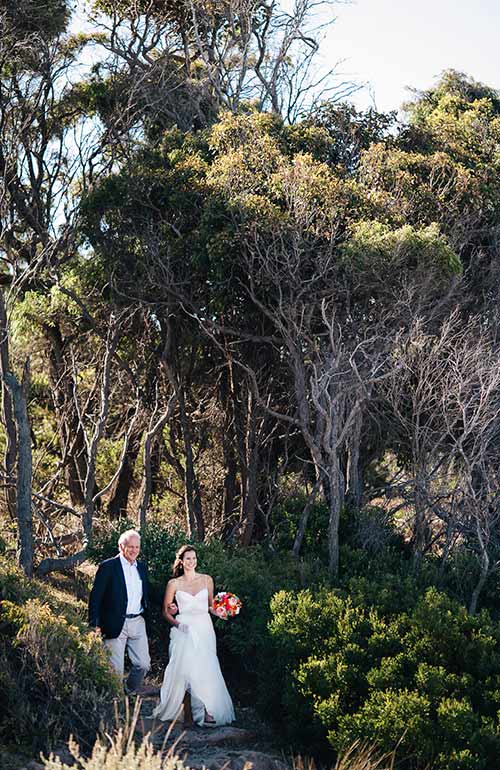 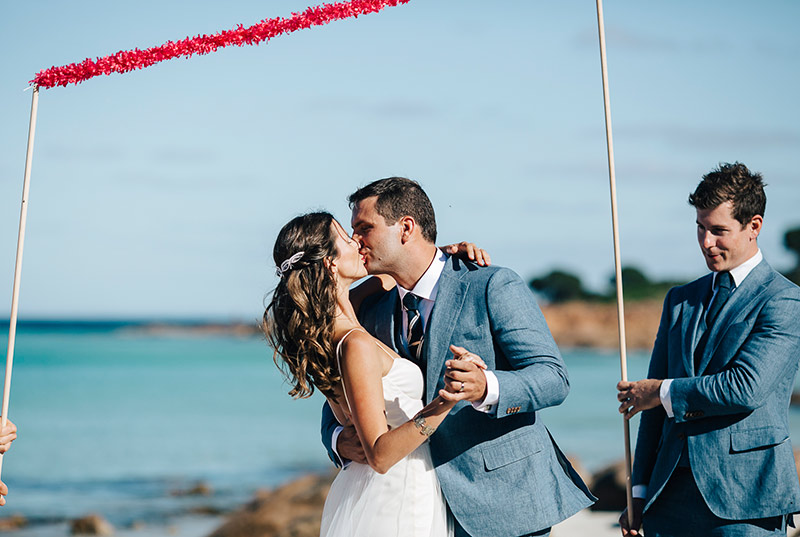 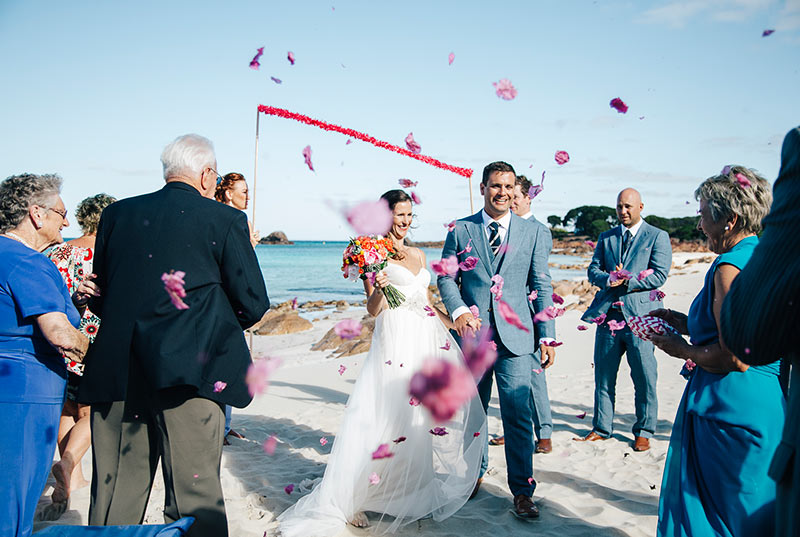 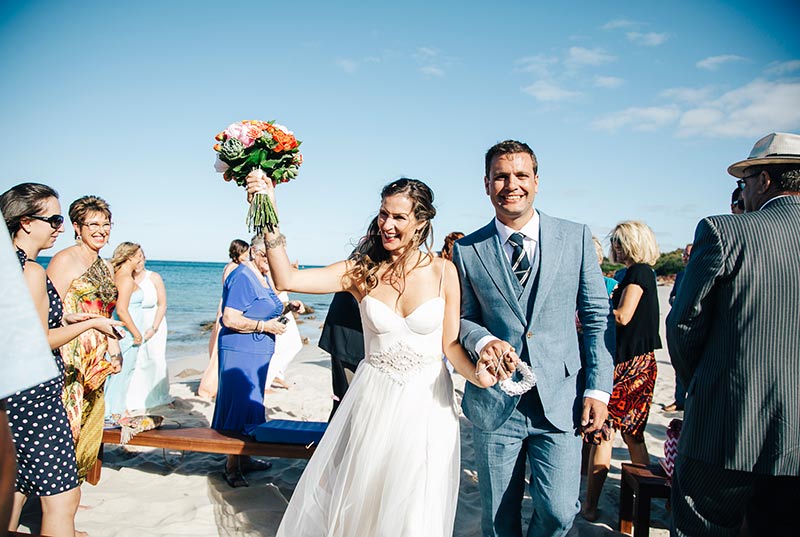 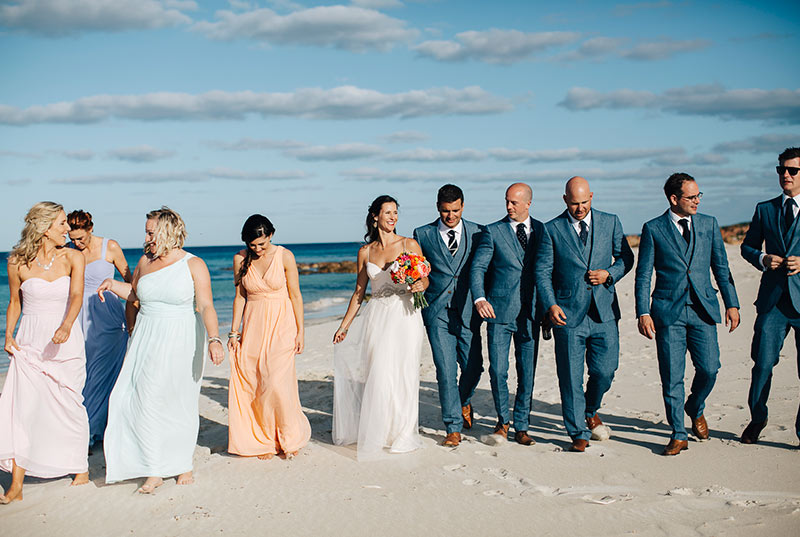 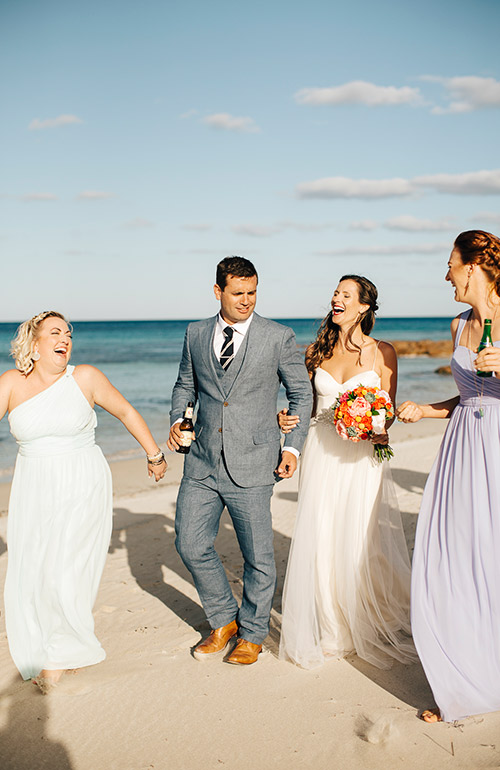 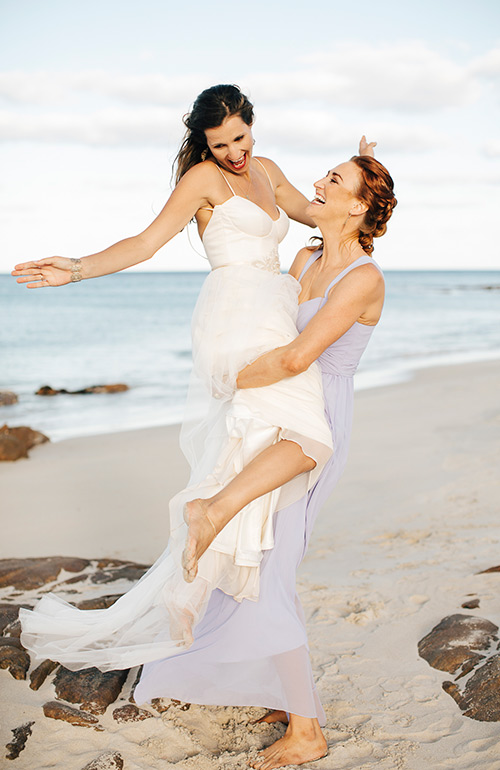 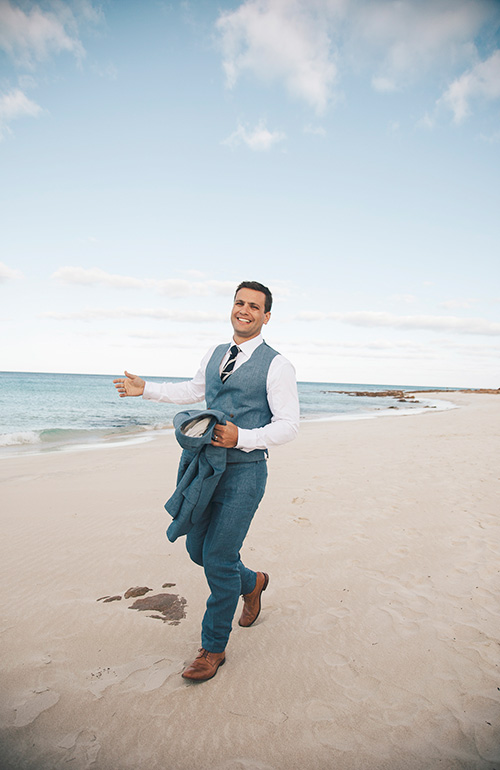 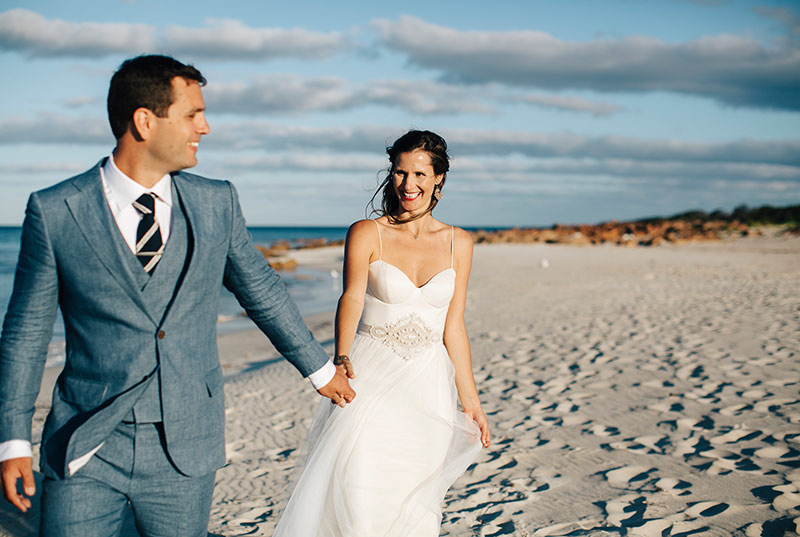 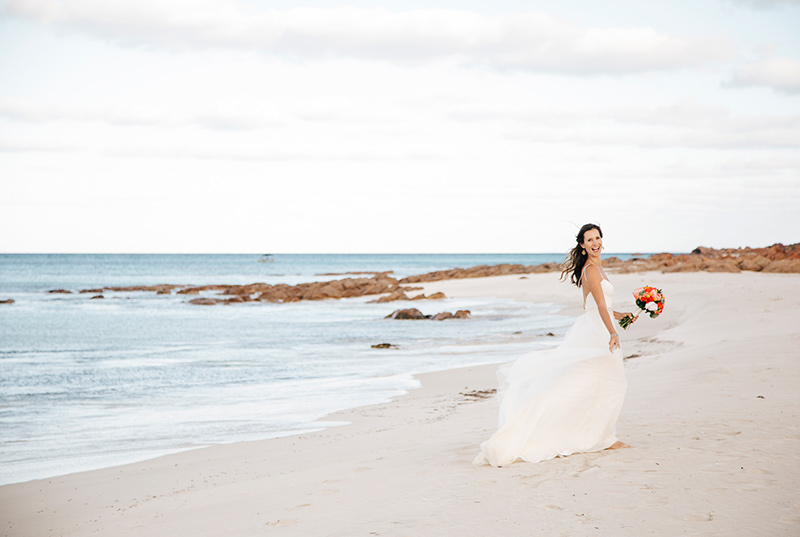 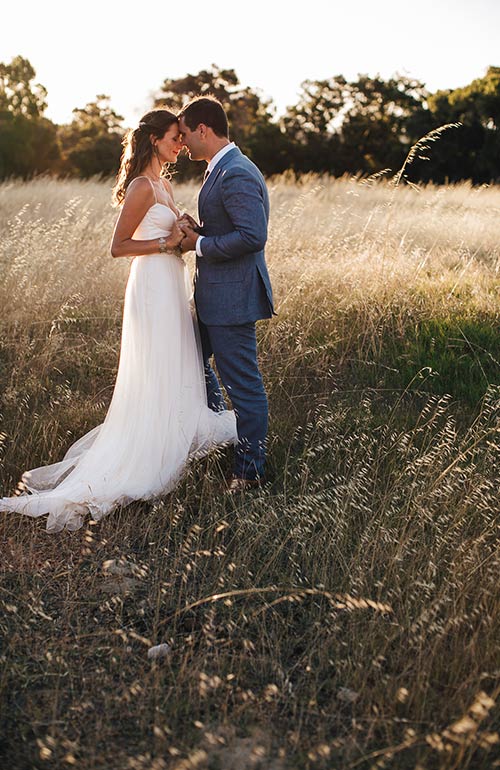 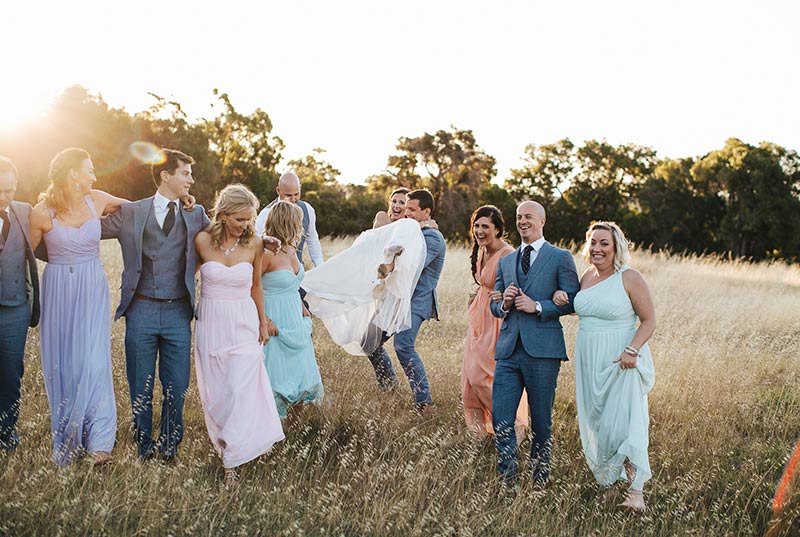 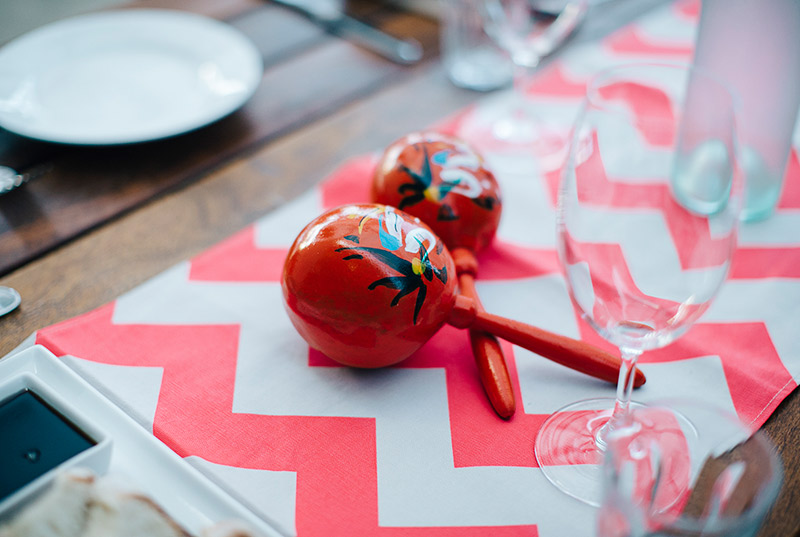 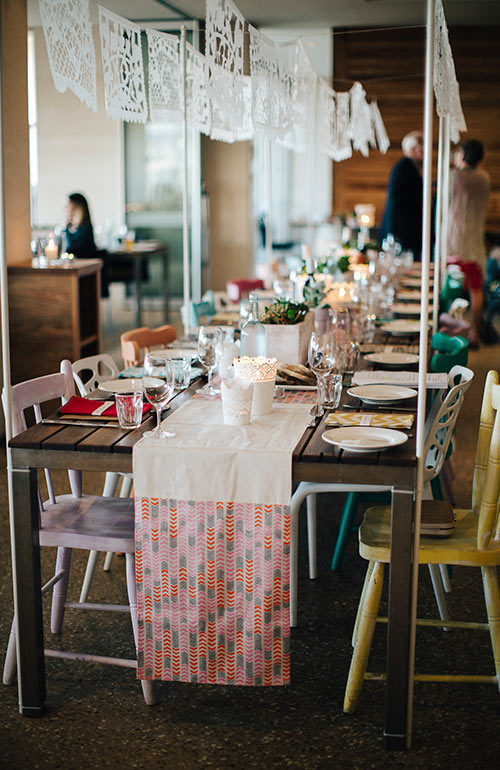 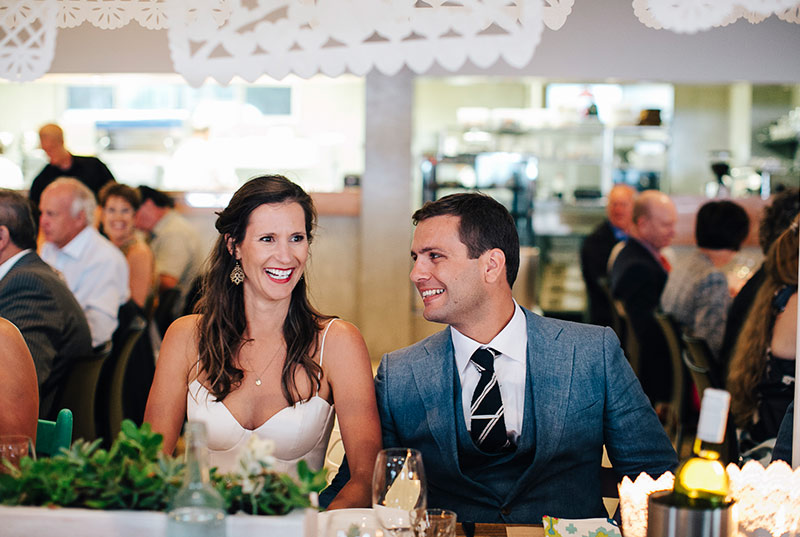